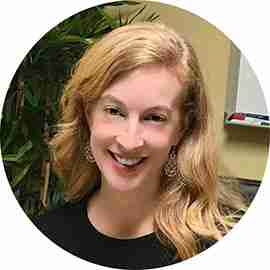 Christine Millay is an Associate with Aqua Community Relations. She has more than 15 years of experience in communications and journalism, and joined the Aqua team in 2014. Christine enjoys one-on-one interactions with key stakeholders, and has provided outreach for several projects, including small contractor participation services for J.R. Filanc Construction, as well as work with residents and businesses impacted by City of San Diego pipelines and pump stations.

Before joining the Aqua team, Christine spent 10 years as a professional journalist and 4 years on the staff for San Diego City Council District 5. She also enjoyed several years dedicated to being a full-time mother, and more recent work as a part-time stylist with StitchFix.com.

Christine holds a Bachelor of Arts Degree in Political Science and Journalism from Texas Christian University. She completed three internships, including one with the Press Office for the United States White House in 1995.

Christine’s career highlights include an Exemplary Service Award from the Scripps Ranch Civic Association for her work with fire victims, and having several of her stories hit the front page at her newspapers. The proud mother of three children, Christine enjoys weekend adventures with her family, as well as exercising, playing tennis and reading.